Makethewaystraight.com is back on line. If there is a problem with domain name in the future, use the actual name of website: BodyofYahshuaKeptInYahvehsName.webs.com.

If you would like to show your support for this message and website and make a donation you can email me at:

and I will email you back with information on how to do so.

Ephesians: 5:11:  And have no fellowship with the unfruitful works of darkness, but rather reprove them.

This is a second coming Messianic web site and NOT a Christian or "Judaism" site.

THE USA IS NOT "GODLESS' NATION, IT IS A YAHLESS NATION!

Scripture is taken from KJV and edited to remove blasphemous names (Rev. 17:3), words and titles and to give a more Iybriy/Hebrew rooted understanding; edited also because the "Mother of Harlots" has inserted these names to cover up the Hebrew names of YaHVeH/יהוה and HIS Ben Yahvshua/יהושׁוּע, and to counterfeit a Babylonian Graeco-Roman "god", "lord" "Jesus" "Christ"…etc (Shemoth 23:13); and promote its demonic idolatrous pagan customs and "holidays" by replacing YaHVeH's Sabbaths (Dan. 7:25).

Revelation/Raz Galah/Secrets Revealed:11:19: And the Heykal of YaHVeH was opened in Shamayim, and there was seen in HIS Heykal the ark of HIS Covenant: and there were lightning, and voices, and thundering, and an earthquake, and great hail.

Revelation/Raz Galah:12:17: And the dragon was angry with the woman, and went to make war with the remnant of her seed, which keep the commandments of YaHVeH, and have the witness of Yahvshua Mashiyach.

Revelation/Raz Galah:14:11: And the smoke of their torment ascends up for ever and ever: and they have no rest day or night, who worship the beast and his image, and whosoever receives the mark of his name.

Those that receive the mark of the beast reject YaHVeH's commandments including HIS Sabbaths/rest/seasons and have replaced them with pagan man made Satan motivated customs/times:

Revelation/Raz Galah:14:12: Here is the patience of the kadoshiym: here are they that keep the commandments of YaHVeH, and the belief of Yahvshua.

Revelation/Raz Galah: 18:4: and I heard another voice from Shamayim, saying, Come out of her, MY people, that you all be not partakers of her sins, and that you all receive not of her plagues.

2Thessolonians: 2:3: Let no man deceive you by any means: for that day shall not come, except there come a falling away first, and that man of sin be revealed, the son of perdition;

2 Thes: 2:4: Who opposes and exalts himself above all that is called YaH, or that is worshiped; so that he as god sits in the temple/heykal of YaHVeH showing himself that he is god.

The weekly 7th day Sabbath is NOT determined by the new Chodesh! Creation week began before the Sun, moon and stars were created (B`reshiyth/Gen. 1:14-19), this time was set in motion when the Word of YaHVeH/Yahvshua the Messiyah (before He came in the flesh Yahn/Yohn 1:1-3) began to create. Those that are teaching that the weekly 7th day Sabbath is determined by the new Chodesh are in great error and sin and need to repent! See article for more details:

It was during the time of Constantine 1 (he was the "son of perdition" at that time) when the "falling away" began, especially when he convened the Nicaean Council (5306 FCA/325 CE); according to the Extrapolated Time-line it has been 1,692 (as of 6998*/5778/2018) years since that time, and the people are even more Hellenized than during the reign of the Maccabees (Epiphanies IV), the time is near for the "son of perdition" (he will be coming from Turkey); just before the return of our Rabbi Yahvshua; to be revealed.

In order to come out of Babylon you MUST COME OUT of her corrupt political governmental system and put moral YaHVeH fearing people in possessions of representation and COME OUT OF its religions, which Christianity is the most dominant; that includes Roman Catholicism, Christian Eastern Orthodoxy, Coptic, Mormonism, “Jehovah Witness”, Seventh Day Adventist, Protestantism and any other “Christian” religion that says they keep the Sabbaths but continue to call on the blasphemous names titles and words that the previous mentioned man made religions do. The next man made religion would be Talmud "Judaism?, which includes “traditional Judaism” (they used Hillel 2 reckoning of time) that continues to reject the Mashiyach`s first coming in the flesh and do not call on YaHVeH’s name and have done as Christianity has done and replaced them with blasphemous names; and Cabbalism/Kabbalah; then Islam, Hinduism, Buddhism, Scientology and any other man made religion and or secret societies, which includes college fraternities and sororities; and let us not forget Freemasonry; you must come out of this organization and judge it for what it is, and that is that it is against Yahvshua the Messiyah and YaHVeH's commandments, and that it has held great influence over the USA government and the world governments and that it rejects YaHVeH and Yahvshua’s names and HIS commandments, which includes HIS Sabbaths (Rev. 11:19; 12:17; 14:12). Freemasonry is similar to Roman Catholicism in that it accepts you if you worship some type of higher being; it could be "god", "allah", "Ishtar"/"Easter", "Mary"/"queen of heaven", "Apollo"/"Zeus"/"Iesous"/"Jesus"/"baal"/"LORD" etc... Now the difference in Roman Catholicism and Freemasonry is that Roman Catholicism tries to cover up the pagan origins of its belief and attribute them to the Iybriy/Hebrew Lion of the tribe of Yahudah of the root of David Yahvshua the Mashiyach Ben YaHVeH, which makes it a very diabolical organization indeed!

The symbol for the Body of Yahvshua is not the pagan cross, it's the seven branch menorah/candlesticks.

The best way to get hold of me is to email me directly at Makethewaystr8@aol.com.  I am not proficient in working all the functions on this web site yet. I have finally figured out the form response and I see I have missed many messages some have left me and I have not responded back to. For this I apologize. Don't use the form, email me directly at the above email address for any question you might have.

I'm sure you have notice in this article that I have replaced the English letter “u” with the English letter "v" in the Messiyah's name. The only reason I have done this is because I prefer to use the "vav" sound of the Iybriy letter, this does not mean I have it all figured out; if I don't use the "vav" sound in the Messiyah's name than I would have to say the name David and all the other names with the "waw" sound, which would be pronounced "Daw-weed"; I actually prefer the sound of Yahvshua = Yah-shoe-ah over Yahvsha = Yahv-sha, I just like the way it sounds, but will sometimes say it either way. I will also drop the "vav" out of Yahshua's name just to make it shorted, which does not show any disrespect towards Him but is in line with what T'hiyliym 68:4 says: T`hiyliym/Psalm: 68:4:  Sing to Elohiym, sing praises to HIS name: extol Him that rides upon the Shamayim by His name YAH, and rejoice before HIM. My point is that I don't want to let pride determine how EL SHADDAI and HIS Ben's name are spoken. I don't have it all figured out and those that think they do I believe are making a big mistake. Some think they have the name figured out so well that there conscience will not even allow them to say YaHVeH's name but in their particular way; I have not arrived to this point. All are welcome on this site dedicated to proclaiming and restoring the Creators name. If you say it YaHVeH, YaHuWeH/YaHWeH, YaHWaH/YaHuWaH, YaHUaH...etc, you are welcome. I think these are the issues you need to consider when trying to pronounce the ETERNAL’s name: Mosheh had a problem speaking, whether it was a speech impediment, like not being able to pronounce certain letters of the Iybriy aleph bet, or, he might have been a stutterer. The next issue to consider is the span of time since ancient Paleo Iybriy has been spoken, the regional dialects that were spoken during the time of ancient Yisrael's existence in the Promised Land (Shophetiym/Judges 12:6), you know similar to the way here in the USA people pronounce words in the North compared to those in the South. I believe it was no different in ancient Yisrael; the contamination and corruption of Iybriy during the Babylonian captivity; unless you have a recording hidden somewhere of when Mosheh and the ancient nebiyiym spoke Paleo Iybriy during their time, which would conclusively settle this issue (I sure would like to hear it LOL), then we need to be patient with one another and love one another as our Rabbi/Master commands us. Remember we are to be like little children when it comes to learning the ways of YaHVeH that includes the pronouncing of HIS name. If any of you have little children or have had little children, you know how funny and cute it can be when they are just learning to speak and say your name. So remember YaHVeH's Favor/Yahvshua is on us and be patient and understanding in these matters.

You can go to Photo Gallery and see a full size view, here is the link:

Thank you for contacting us. We will get back to you as soon as possible
Oops. An error occurred.
Click here to try again.

You can also join me on Gab.com: 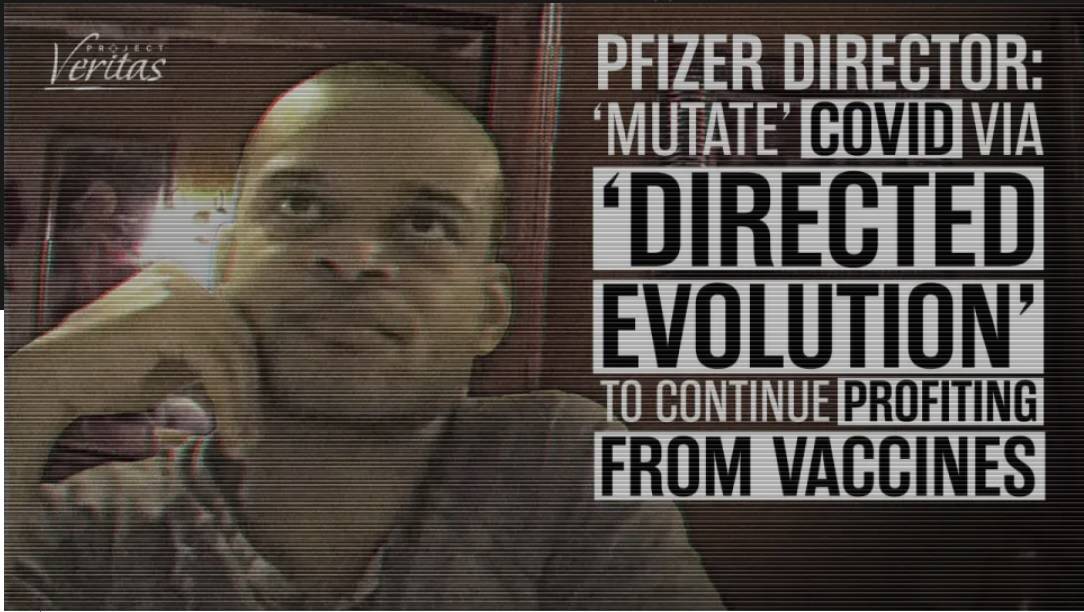 Message Board is down
0 comments